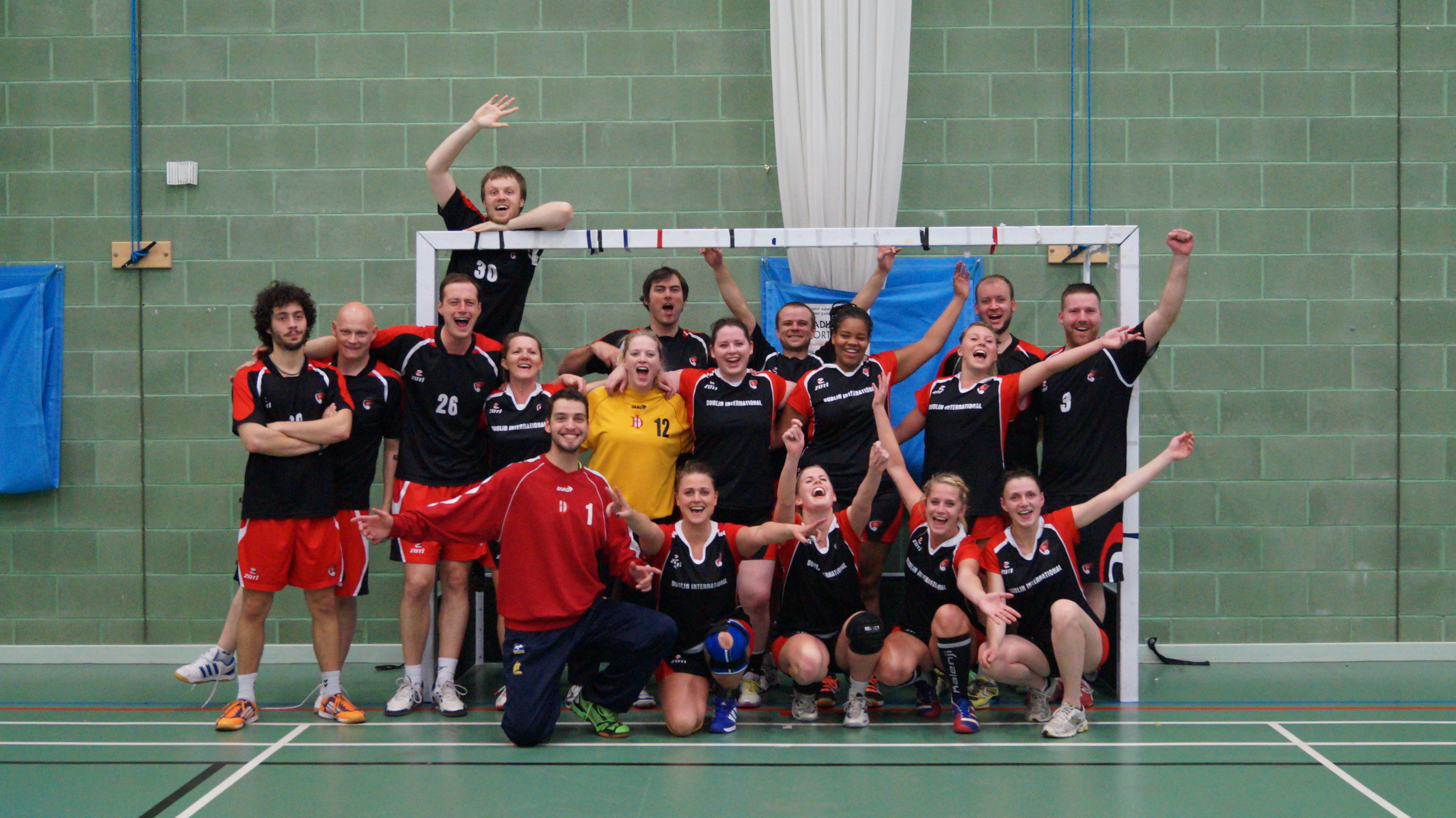 As we are slowly getting back to our regular lives after the excitement of the Edinburgh Tournament we have to realize how far has our team come. Just a year ago we attended the same tournament with barely enough players on the men’s team. This year we attended with both a male and female team (including substitutes on both teams) and achieved a result that nobody would expect a year ago. Maybe next year we will do even better considering that the Young Stars Team might help us (more info about the youth section here).

The DIHC women’s team debuted in style and crushed it in the tournament. Early in the morning Gabi, the team captain, told the girls to take it easy, have fun and enjoy the tournament. Twenty minutes later they bagged their first victory and the story took a turn. The women team could smell the victory and took another victory with a strong team performance. While defending the girls made an amazing job of covering the pivot player, engaging shooters early at the 9 meters line and in general made it extremely difficult for the opponents to get good opportunities. And even then the opponents had a hard time scoring, as Signe in the goal was on top of her game with some great saves and a huge boost to our girls confidence.  In the other end of the pitch, the girls again showed strength and moved the ball from side to side creating opportunities for each other. The opponents were constantly scrambling to defend the line player. Shoots from backs or wings came through the gaps created by driving the ball. The ladies even showed off what they practiced the last few months in training (left 2, right 1 and 3) and it is safe to say their coach would have been proud. It was indeed an amazing performance and a well-deserved trophy they bring back to Dublin!

The men’s team was probably still suffering from the jet-lag when they were playing against Glasgow in their opening game. Unfortunately they lost to the future victors of the tournament. The initial defeat didn’t break their spirit and they managed to secure their place in final placement matches by winning remaining 3 games of the group stage. Looking at the games won, it was mainly due to the men playing as a team and playing smart. Having a superb keeper (#PedroPower) and a strong defense also helped a lot, but the main road to victory was patience. Patience, or more precisely lack here off, was also what lost the third place for the men. In their most important game of the day the boys were working hard and even were ahead a few minutes before the final whistle. Unfortunately a few bad decisions in the defense and a few calls from the referee that the team didn’t agree with, they lost their cool and conceded too many goals.Nevertheless the men played very well and we got a few things that we can learn from.
The fourth place out of ten teams for the men and the first place out of five for the girls is a major progress compared to last year. Special thanks to Astra and UCD for lending us Katrine and Signe, they did very well and will be more than welcome next year. Thanks to Marian for flying in all the way from Slovakia! Thanks to everyone who have put in so much work to make the teams perform at this level. Thanks to the organizers and all the teams we played with! See you all next year!!
1-2-3 DI !!