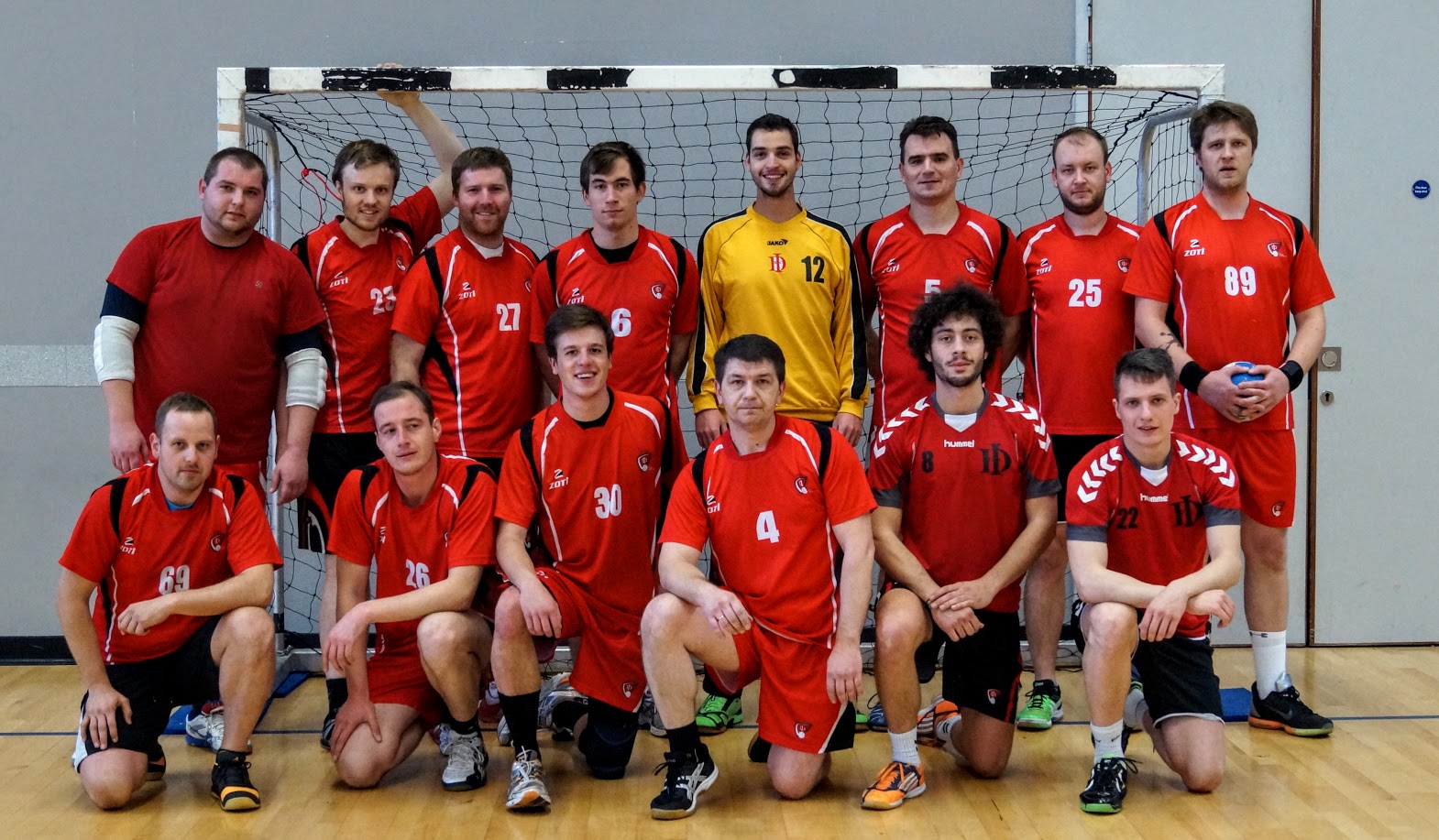 Yesterday (17/10/2015) was the first league match of the 2015/16 season for the DI . The team was facing the UCC team in Cork. The DI team gathered in Dublin around noon to travel south for the match. On the road the players stayed connected over whatsapp and there was a great spirit before the match. 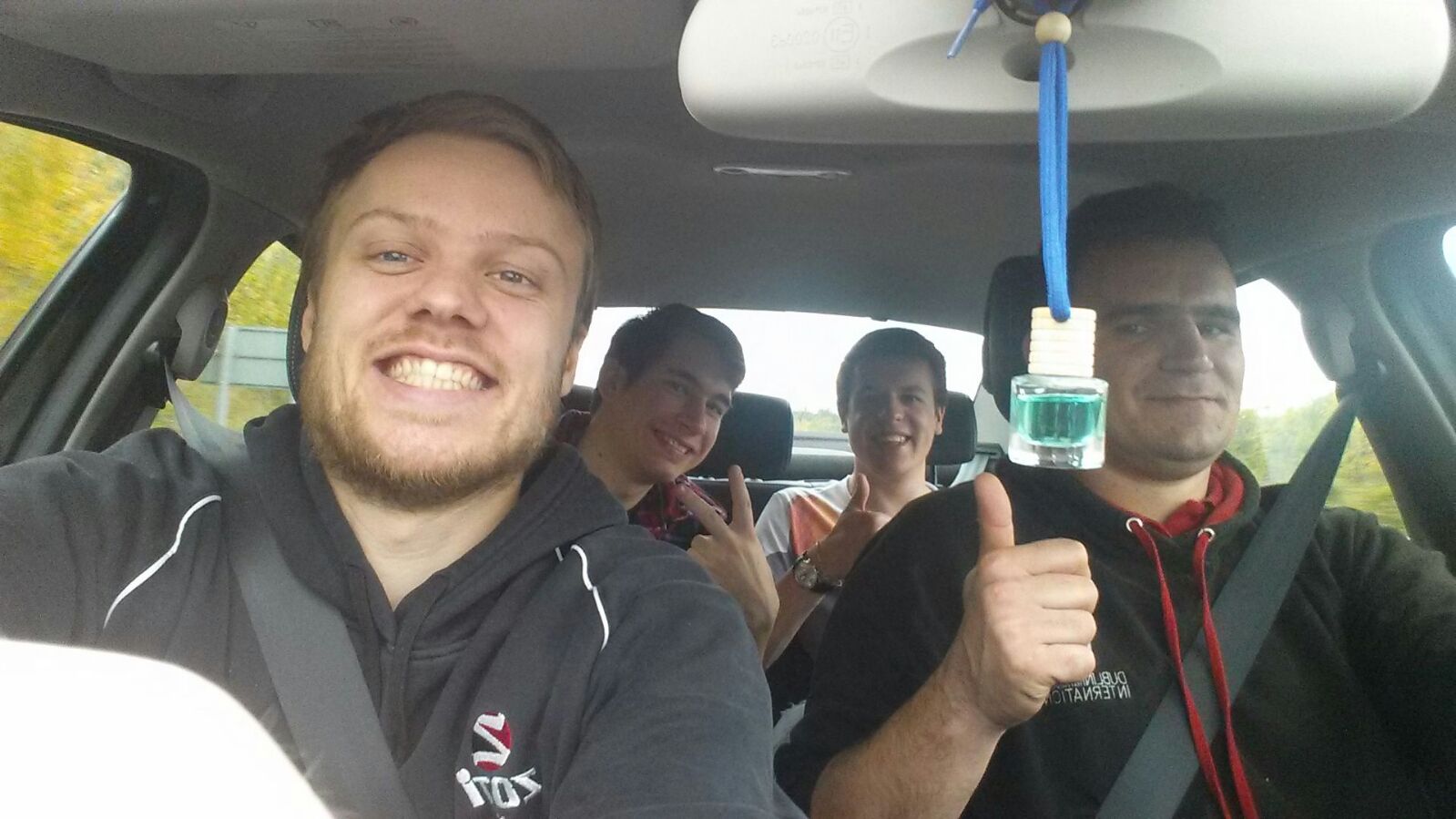 Arriving in time for the 4.30 match, the team continued the good spirit and did the general warm-up lead by Dragos. Short before the throw-off the team huddled to listen on the reassuring words from coach Tomas: “Play smart and remember to work hard in defense.”

Tomas decided to start out with some of the more experienced players which paid off – ten minutes into the match the DI had pulled ahead with a five goal lead. The coach decided then to let some of the player from new roster show their worth. Unfortunately the lack of understanding between the players was visible and the team switched to a more wobbly state of mind. UCC team,  cheered on by the audience, immediately used this to their advantage. The hosts showed some strong team play and managed to make use of their wing and line players. Strong power play from UCC forced the DI coach into making some changes, but with limited success. At half-time the UCC team had pulled ahead with a one goal difference! Tomas urged the players to calm down and play smart. It was clear that the DI team was rushing and making poor decisions in the attack. The DI coach changed the starting formation for the second half back to the starting seven. Our team was able to pull it together and take the lead again after ten minutes. Naturally the DI coach made switches and let some of the rested players pull their weight. 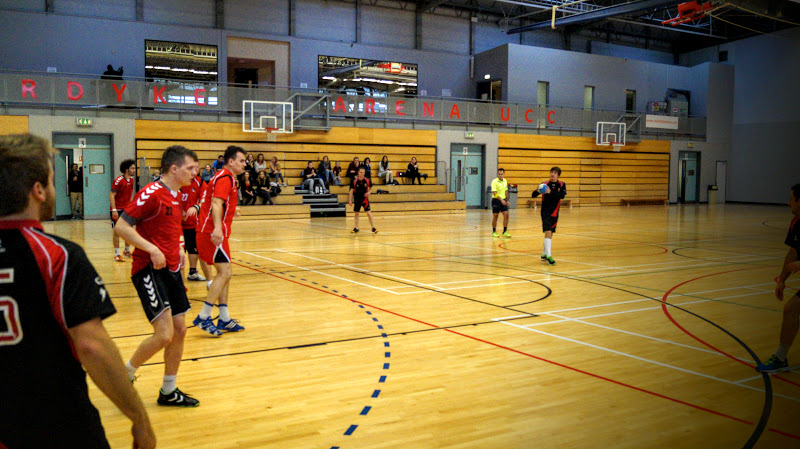 Then it happened again, the DI team started to repeat some of the mistakes from the first half. The boys on the bench where encouraging their teammates to pull it together and work as a team as they do during training sessions. Lucky for the DI Pedro shined in the goal, saved several important shoots and allowed time for the boys on the pitch to recover. The DI coach made some additional changes to the boys on the pitch and it worked as intended – our boys slowly started to look focused again before the crucial last 10 minutes of the second half started. The UCC supporters were cheering on their team and the match had really become competitive and close. The DI managed to score 3 goals in a row and gain a small advantage. UCC resorted to an offensive full court press and caused the DI to make some technical errors. With three minutes left the DI coach called a time-out and put the original players back on the pitch. This was the deciding play from the coach and the team secured a 2 goal victory in their first game of the season. 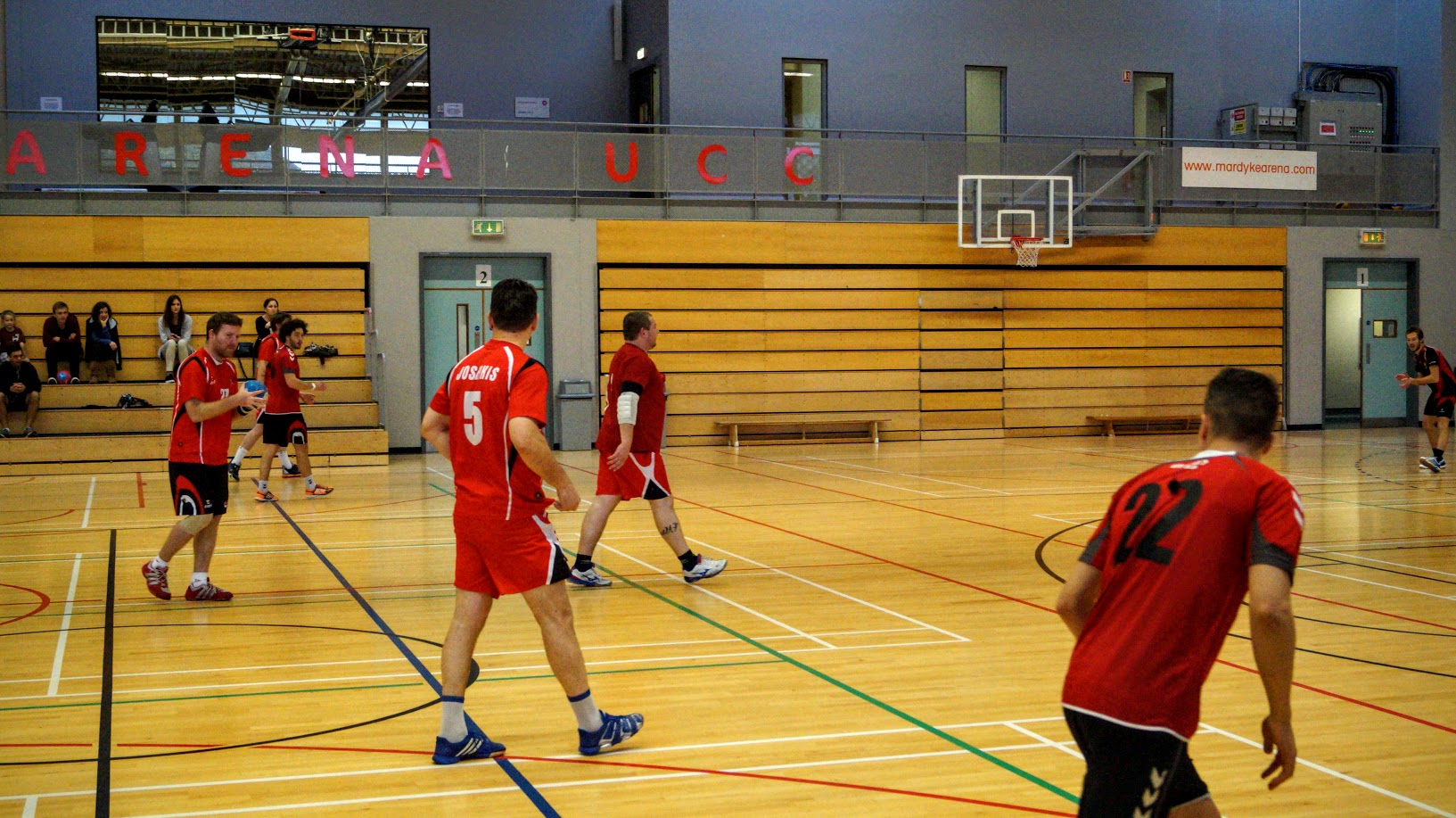 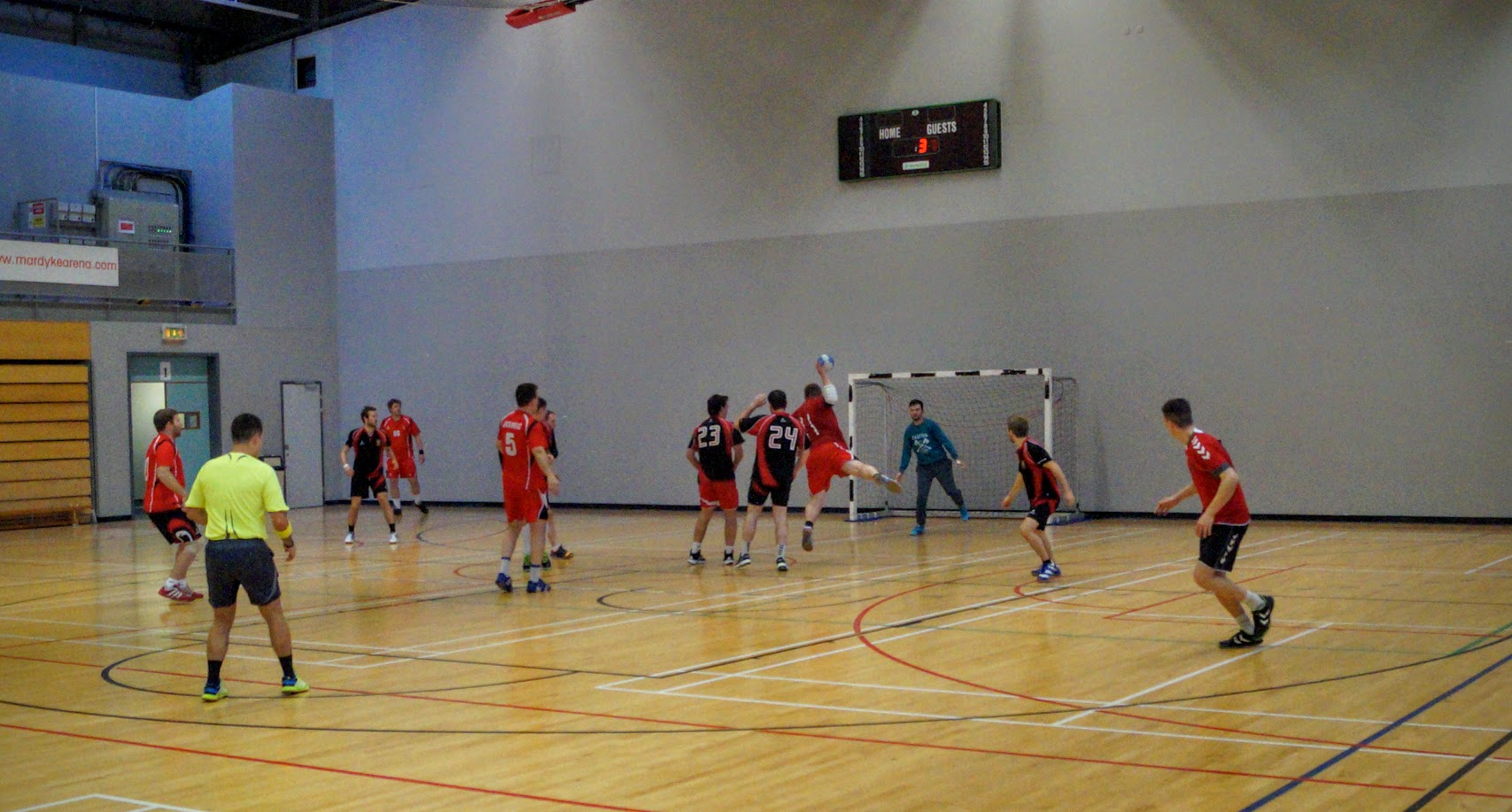 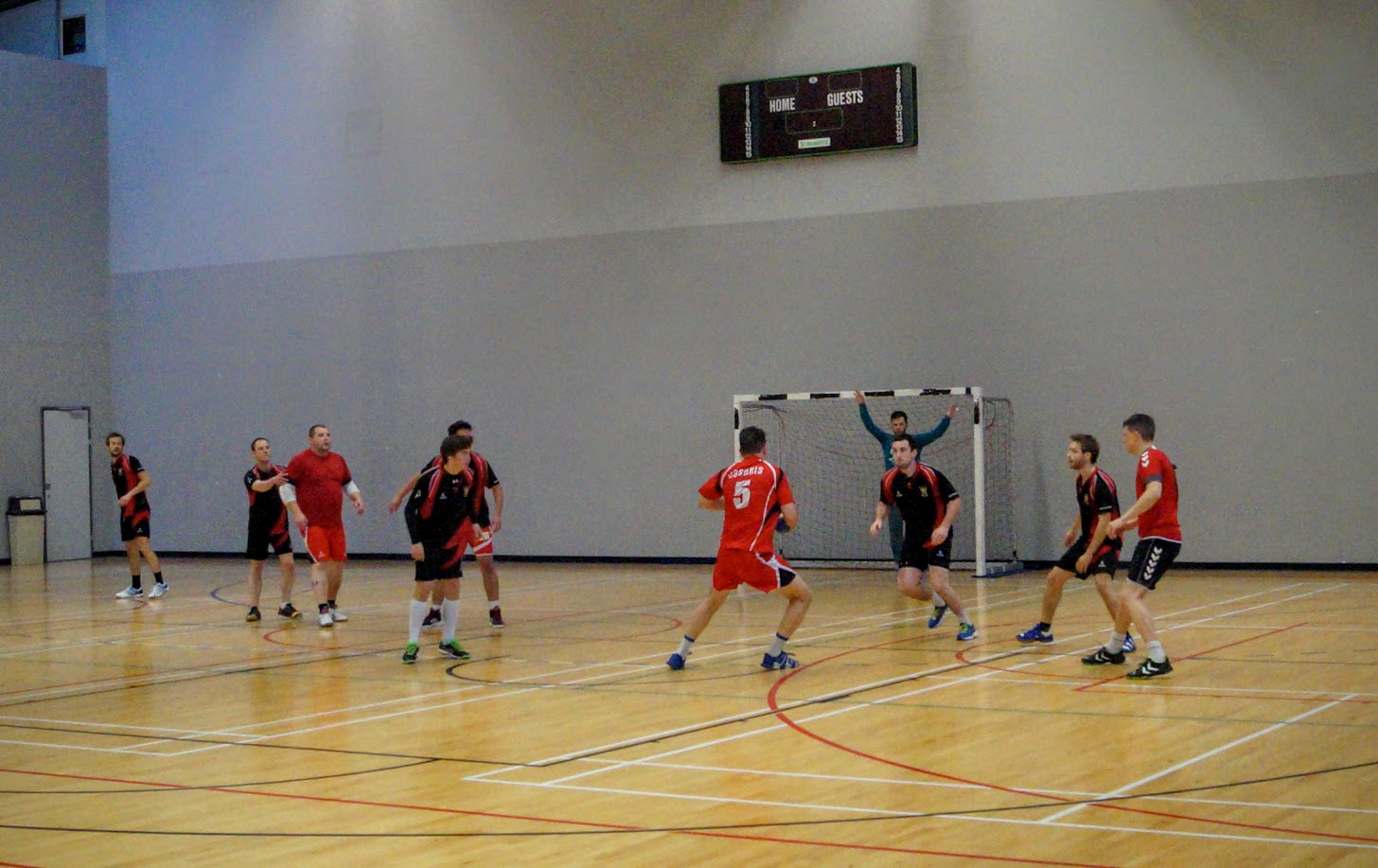 In the next game the team will be facing Dublin City Handball (DCH).