Our dedicated handball fans have made this nice map of where to find clubs to play in or sport halls to setup your own club!

If you see a hall or club missing. Please pass (pun intended) us a note on info@dublinhandball.com

A few weeks ago the first ever Dublin International Tournament was a reality. Three male teams competed. Manchester, Dublin Int. and a training team from the Irish national team.

With an extremely successful season behind us, it is time to reward the individuals that made the team shine. With such strong team and performance this season, it was a very difficult choice. END_OF_DOCUMENT_TOKEN_TO_BE_REPLACED

END_OF_DOCUMENT_TOKEN_TO_BE_REPLACED

Sat 6th of February: DIHC vs UCD in Phibelstown Community Centre at 2 pm

First face to face for this 2 teams this season… The atmosphere is serious at warm up – both teams getting ready for the worst not exactly knowing what to expect from each other. UCD needs to points and DIHC is not ready to let them away at home.

END_OF_DOCUMENT_TOKEN_TO_BE_REPLACED 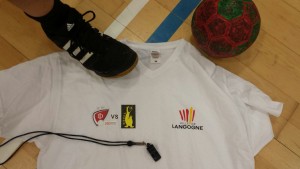 The HBCLL – Hand Ball Club Langogne Lafayette – is the club of origin of Roxane Jaffuel who actively played with DI’s ladies teams. “Papa” Philippe Jaffuel – still playing on the HBCLL senior men’s team – had the great idea to come over to Ireland for a quick game.

END_OF_DOCUMENT_TOKEN_TO_BE_REPLACED

Sat 29th of January: DIHC vs UCC in Phibelstown Community Centre at 2 pm

First game of 2016 for both team – the students from UCC came to visit DIHC. The ambiance was good – good few supporters – the game can start. END_OF_DOCUMENT_TOKEN_TO_BE_REPLACED

The 5th of December, DIHC traveled to Carlow to play against the male and female team from Carlow IT.
Carlow IT is a fairly new team but was still able to muster a solid female team with 10+ players and a male team with 15+ players. The court was short, similar to the UCD court, so booth teams were struggling with the short stint on fast breaks.